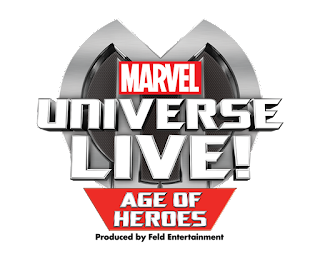 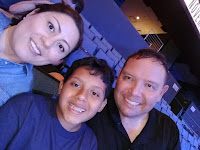 Last night I had the privileged of taking my wife and son to see the Inland Empire premier of Marvel Universe Live! Age of Heroes at the Citizens Business Bank Arena in Ontario, California. 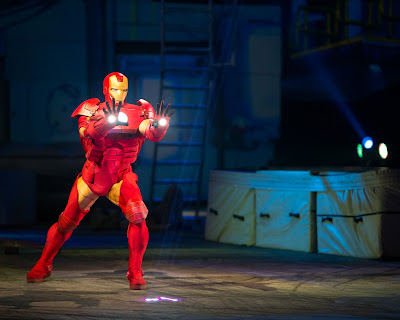 The story revolves around Asgardian super villain Loki and his hired gun Nebula's attempt to steal the Wand of Watoomb from the space pirate Ravagers. The Guardians of the Galaxy search the galaxy in order to stop the Ravagers from using the wand and potentially destroying the universe. On Earth Spider-Man, Thor, Doctor Strange and the Avengers team up to stop Loki from acquiring the wand. For those of you who know about the Marvel Universe, be prepared to see some other super heroes appear to help in the fight to save the universe. 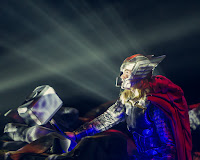 The story evolves over several scenes linked together by fantastic special effects, stunts, pyrotechnics and acrobatics.  My favorite was seeing Spider-Man riding a motorcycle for the first time...Hilarious. With a cast of over 25 characters there is plenty of action on and above the stage to keep the family entertained.  My son sat and watched the entire show, never missing a beat, occasionally explaining to me what was happening and why a villain was the way they were. All very serious stuff to him to be sure.

Marvel Universe Live! Age of Heroes has something for everyone, from acrobatics, superhero combat and the pyrotechnics its a thrillfest for the whole family! Marvel Universe Live! Age of Heroes will be playing in the Inland Empire and Orange County throughout July. There is also a 20% discount code available to you my readers for select date see below: 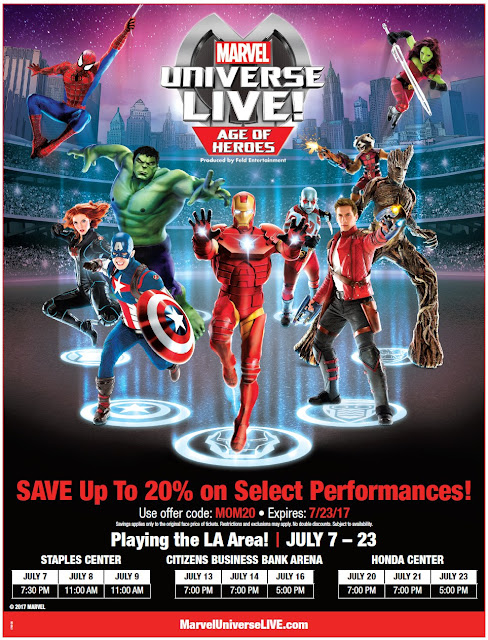 Until next time my friends, love your kids, 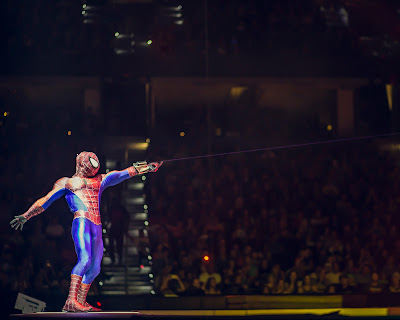 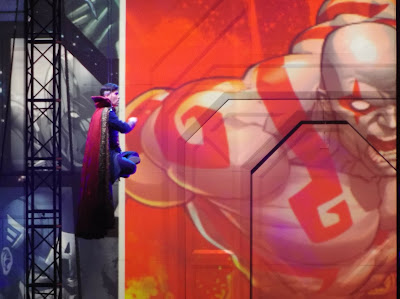