The show’s first half begins with the “Inside Out” character Riley Anderson trying to work through her angst over playing a hockey game.  Along with her we are captivated by the appearance of many of the Disney Princess and their stories.  Feld Entertainments latest production of Disney on Ice is a spectacular hit with kids and adults alike here in the Inland Empire. 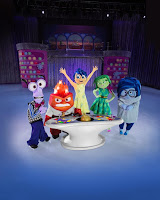 The show opened with Riley, her hockey teammates and their cheer squad, rather than Mickey and Minnie Mouse starting the show as has been traditional start.  They both soon make an appearance after a rousing start by Riley and her crew.  Mickey and Minnie bring along Donald and Goofy to get the fun started.
Feld Entertainment does an amazing job of including a large number of the Disney characters to appeal to both boys and girls of all ages.  Having attend several of these productions over the last few years I am pleasantly amazed each and every time that they continue to present the Disney classic stories in new and fun ways. 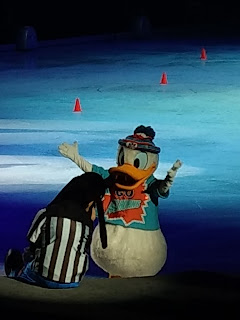 The production crew has used props and special effects amazingly to keep everyone entertained and sitting on the edge of their seats.  There are several aerial stunts, including the Little Mermaid, Rapunzel and Flynn Rider flying through the air in a spectacular show of skill and artistry.  Lighting and pyrotechnics are also used to set the tone for each of the Disney princess stories, from under the sea to a frozen mountain top.  One of my favorite was a classic Mickey Mouse story, “Fantasia”. I don’t want to give away the fun of the performance, but be on the lookout for the magic brooms, amazing! 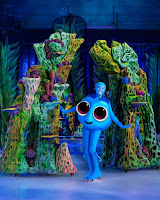 After a 20 minute intermission “Follow Your Heart” resumes with a retelling of “Finding Dory,” through several numbers. In one, a towering Hank the septopus (Hank only has 7 tentacles) makes an appearance and interacts with Dory, who has been captured and placed in a fish tank on the ice. The video screen shows scenes from the Disney-Pixar movie as well as images to reinforce the life-size tank scene being performed on the ice.
The next act features Woody, Jessie, Buzz Lightyear and many of the toys from the “Toy Story” movies. The audience is invited to get up and dance when the characters teach everyone the moves to an old fashioned country hoe-down.
The last 20 minutes or so is dedicated to the retelling of “Frozen.” While many parents may believe that Frozen has been played out they are thankfully incorrect.  The audience completely enjoyed the performance, with many of the younger fans singing along to their favorite songs from the movie.  Parents and children alike will appreciate the beauty of how each performance is designed. The sets are amazing, and the skating is a study in grace and beauty with choreographed pairs and stunts. Everyone’s favorite snowman, Olaf, has his time to shine as well.
Tickets are still available through Ticket Masters for the remaining showings of "Disney on Ice presents Follow Your Heart" at the Citizens Business Bank Arena in Ontario, California.
DISCLAIMER: I was a guest of Feld Entertainment at the first showing of "Disney on Ice Presents Follow Your Heart." This did not affect my review; my opinions are my own. 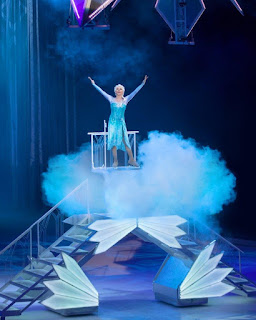 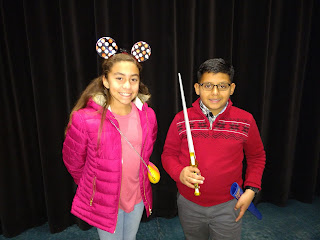 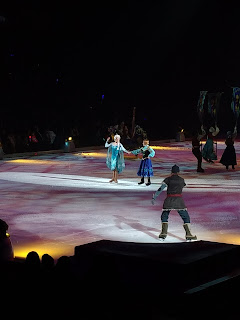 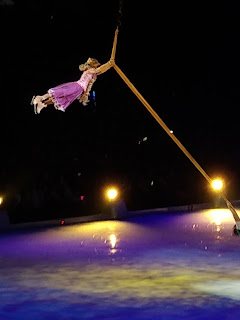 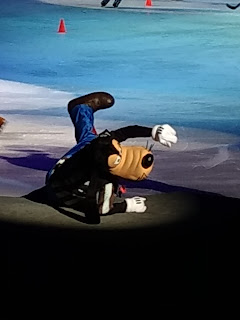 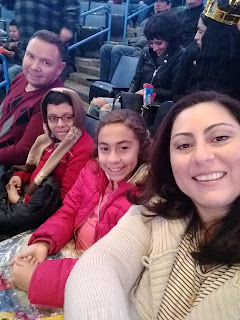